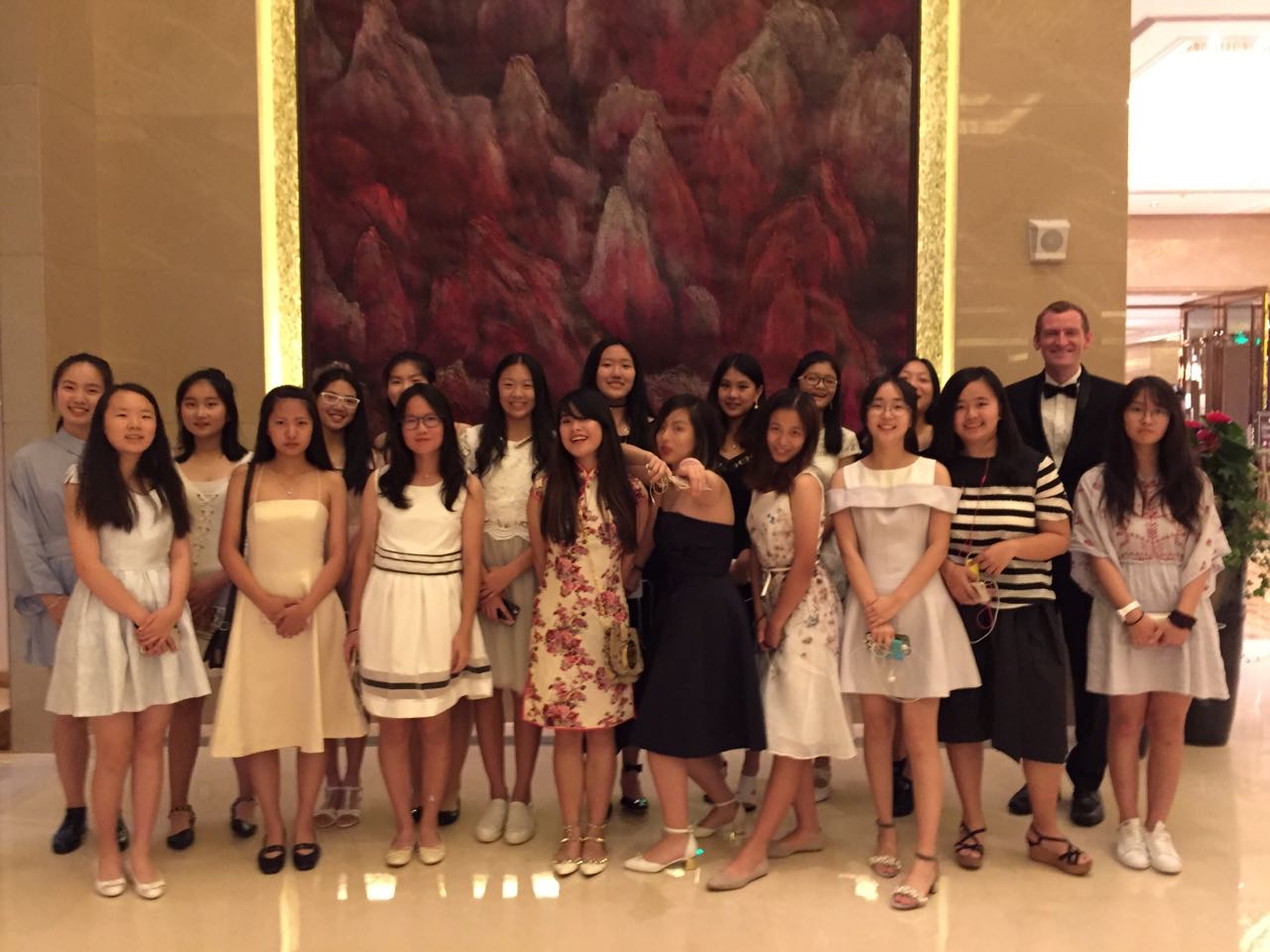 The Intermediate Girls Hockey team ended their season in style with an Awards Dinner at the Marriot Hotel in Xinbei. They were guest of the Head Chef at the Tuscany restaurant and certainly dressed for the occasion!

As is a British tradition for End of Season Hockey Awards, all girls were invited formally to the meal, hosted by the Director of Hockey Mr Dearden. After the meal, Mr Dearden gave a short summary of the season and invited players to come and receive their awards, which were voted for by the girls themselves.

The Most Improved Player Award was given to Lucy Shen, for her rapid progress after joining the squad quite late on in the year.The Defender of the Season Award went to Linda Liu, who showed great ability in blocking tackles and organising the team defensively, in addition to her coaching! The Attacker of the Season Award was won by Judy Xie, who was absolutely delighted to receive the award for her commitment to scoring and setting up goals.The Most Skillful Player Award was given to Helena Wen, who frequently throughout the season showed a real ability for dribbling past players and lifting the ball to get past her opponents.

Finally the coveted Player of the Season Award was deservedly won by the Captain Donna Qiu. She has been a leader on the pitch and a role-model for the other girls in the team. Her keenness and enthusiasm will no doubt lead the team to much success in the future.Departing Director of Hockey Mr Dearden said, “I am incredibly proud of how much the girls have achieved this year. It is hard to believe that none of them had even picked up a hockey stick 12 months ago, yet now they are heading to a level where they can compete with other schools. There is really no limit to how good they can become”.